What has Theresa May done for Midlands housebuilders?

At the end of June, the outgoing prime minister, Theresa May reflected on her housing legacy during her time as Leader of the Conservatives as she delivered a keynote speech during Europe’s largest Housing Festival, Housing 2019. But how has she really faired? And what has she done for the Midlands?

The West Midlands especially has bucked national trend to show strong growth in house building. Figures from the Office of National Statistics show that 10,640 new homes were started in the West Midlands Combined Authority (WMCA) area in 2018 – a seven per cent increase on 2017. Across England, the average increase was zero. The figures have been praised by the WMCA, which has pledged to deliver 215,000 new homes across its region by 2031.

Despite these new homes being built, it was the population figures of the UK’s biggest cities that were hitting the headlines in June 2018. A new report, by Centre for Cities suggested that millions of people were flocking to city centres – with a rapid return to city living in places such as Birmingham and Leicester. Populations were measured in 2002 and again in 2015, with Leicester’s city centre population increasing by 145% and Birmingham a whopping 163%, so what does this mean for rural house building development – and the need for 215,000 new homes?

Regardless of where people are living, whether that be in the surrounding areas outside of city centres, or elsewhere in the WMCA’s three LEPs: Black Country (Dudley, Sandwell, Walsall and Wolverhampton), Coventry and Warwickshire, and Greater Birmingham and Solihull, the housing figures are excellent. Housing in Birmingham is up by 80% – streets ahead of London, which saw a decrease of a staggering 20%. With HS2 and the Commonwealth Games, does Birmingham and the Midlands show a higher desirability than London?

Figures by Rightmove’s House Price Index showed that the price of property coming to market was within a whisker of a new record, in June 2019. There was a new all-time price high in the East Midlands, which pushed the national average to within £91 of a new record despite backdrop of political uncertainty.

During her speech at Housing 2019, the PM outlined the success of housing under her leadership, stating they had promised a million homes and duly delivered. The latest projections show that, by this autumn, a million homes will have been added to the national supply in less than five years. In her words, that is:

“a million homes for young families, for hardworking professionals, for downsizing retirees. A million homes giving more people the safety and security that many of us take for granted. A million homes that show that our promises are more than just words.”

However, the legacy of Housing under Mrs May’s premiership will certainly have a grey cloud over it. During the PM’s speech, Ms May mentioned the Grenfell Tower fire just once and couldn’t put a date on when all high-rise buildings shouldn’t have Aluminium Composite Material (ACM) cladding.

In January 2019, the Ministry of Housing, Communities and Local Government released figures – as part of the Building Safety Programme, which reveal that there are still 437 high-rise buildings with ACM cladding systems. These are the numbers that people will remember. A million new homes is a fantastic record, but the numbers of those affected by that fateful day in June 2017, will continue to be scrutinised.

House building in the Midlands has been strong under Theresa May and now it will be down to Boris Johnson to continue the excellent work of the last three years. 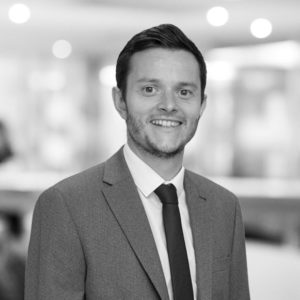