What do the main political parties have to offer the aviation industry in this election?

With less than a week to go until polling day BECG asks whether this election represents a defining moment for the aviation sector.

The demand for passenger air travel continues to rise, many of the UK’s airports already run at near full capacity. The big question over the last decade concerning politicians and the aviation industry alike has been airport expansion: when, where and how? The Conservative Party manifesto recognises that ‘Parliament has voted in principle to support a Third Runway at Heathrow,’ but does this inch us towards this taking shape? Boris Johnson has publicly opposed the plans in the past, and his Party’s manifesto reiterates that this ‘private sector’ project will not receive ‘new public money.’ Nonetheless, the Conservative manifesto implies support for the expansion at Heathrow, providing ‘it can meet its air quality and noise obligations’ and that the ‘business case is realistic.’

The Labour Party recognises the Davies Commission’s assessment on airport capacity in the South East, which recommended a third runway at Heathrow. Therefore, the party broadly seems to accept airport expansion, particularly within the South East, provided it passes their ‘tests on air quality, noise pollution and climate change obligations.’

Given the volatility of politics in recent years, it is quite possible that the outcome of this election could result in another hung parliament. So, what do the Liberal Democrats and the Green Party make of airport expansion? Both manifestos oppose airport expansion, with the Liberal Democrats pledging to reduce the climate impact of flying by ‘reforming taxation of international flights to focus on those who fly the most.’ Whilst the Green Party have pledged a raft of measures to reduce the number of people flying that include introducing a frequent flyer levy, applying a carbon tax on all fossil fuels and removing the VAT exemption on domestic flights.

All four parties are keen to demonstrate their green credentials in this election, but what do their environmental policy announcements mean for the future of the aviation sector? With Labour and the Liberal Democrats announcing plans to introduce a Clean Air Act and the Conservatives pledging to support ‘clean transport’ to ensure ‘clean air,’ we can safely assume that the aviation industry will be at the forefront of demands to reduce CO2 to ensure these targets are met.

Any incoming government will need to work closely with the aviation industry to meet carbon neutral targets. Already, we have seen the industry lead the way by using innovative measures such as net-zero carbon flights by off-setting or through avoiding the release of additional carbon dioxide, but clearly further steps will need to be taken.

The government’s recent move to modernise the UK’s airspace and compel all airports to submit Airspace Change Proposal’s to the Civil Aviation Authority (CAA) has laid the path for a co-ordinated approach across the aviation sector, enabling change to flight operations at both a local and national level. By amending areas of controlled airspace, flight procedures and flight operations, the opportunity exists for real change that private airports can seize upon and improve both their operational outlay and environmental performance.

Any future measures to reduce the carbon footprint of the industry will need to be made against the backdrop of a holistic national transport strategy. All four manifestos are committed to reducing CO2, albeit with differing deadlines. All four manifestos too accept that demand for air travel continues to increase. However, very little is offered on the mechanism by which the industry continues to meet passenger demand, whilst also drastically reducing CO2. Therefore, this process will need to be industry led to achieve substantial change and will require the support of the incoming government.

If you would like to speak to one of our specialist team members regarding our airspace change expertise, or the wider aviation sector, please contact julius.duncan@becg.com. 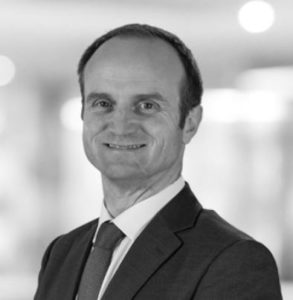