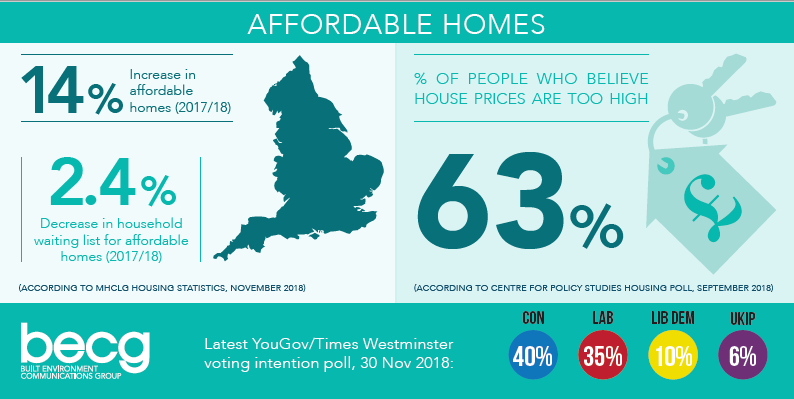 Last week, the Ministry for Housing, Communities and Local Government published their 2017/18 annual figures for homes completions. The initial reading for homes completed was positive in that 222,190 properties entered circulation, a figure not too far from the previous years’ total of 217,350, an increase of 2.4 per cent. From these total completions, 21.3 per cent (47,355) were classed as affordable, which is a significant increase of 14 per cent on the 2016/17 figures (41,530).

The impressive increase in the overall number of affordable homes should undoubtedly be welcomed, though it is worth noting that the proportion of affordable homes for 2017/18 that were “new build” properties, was lower than 2016/17. Conversely, acquisitions of private accommodation for 2017/18 made a marked increase upon the previous year 2016/17. However, the 14 per cent increase in social housing completions in fact masks the real-terms decrease in the number of private properties built in 2017/18 (174,835) as opposed to 2016/17 (175,820), which is cause for concern. The present scenario of a declining build rate, combined with a decreasing pool of private properties, could lead to acute pressures in years to come.

With 63 per cent of the UK population presently believing that house prices are too high, if this trend in acquisitions and reduced build-rates were to continue, the existing pressure will likely become more pronounced. Of those affordable homes entering circulation, though there were modest increases for those tenancies offering affordable and intermediary affordable rents, there was a negligible change to this trend, which has remained the lowest form of housing for a sixth consecutive year.

Taken in conjunction with the announcements in the Autumn Budget in October 2018, such as through the removal of the Housing Revenue Borrowing cap, it is likely that this steady increase will continue into 2018/19. Though it is welcome that some 28,000 households moved off of the social housing waiting list over the past year, this translates to a reduction little over 2.2 per cent in real terms. Without further direct action by central government, the rate of households gaining access to affordable housing will never reach a sufficient rate and on current levels, could take decades to see a reduction to below even 1 million households.

The Government could immediately improve this by undertaking a number of radical steps to encourage the recruitment of planning officers, from the establishment of bespoke apprenticeships, or the most likely option, from the increase en masse of council precepts’ across England and Wales to assist local authorities recruit the necessary capacity of planning officers to wade through the backlog on applications and deliver the homes we need. 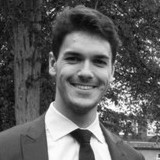