The rise of the green city

The growth of urban living

With more than 80% of us in the UK now living in towns and cities, it’s becoming more important than ever to ensure we develop sustainable environments that are sympathetic to their urban roots, but are also enhanced through a living landscape that can help residents feel happier and healthier.

Recently, we’ve seen increased interest in urban greening across the UK, where a focused effort on using plants and trees to make a city a better place to live and work have helped improve air quality and even reduce flooding after heavy rainfall. As part of the New London Plan, the Mayor of London has demonstrated commitment through the provision of new guidance for developers, stating “Major development proposals should contribute to the greening of London by including urban greening as a fundamental element of site and building design, and by incorporating measures such as high-quality landscaping (including trees), green roofs, green walls and nature-based sustainable drainage”.

While this push on urban greening will certainly help to make improvements to our city environments and help people to feel safe and secure where they live, there is still much work to be done. Current pressures on land to be developed for vital new homes, offices, schools and hospitals reduces the land available for open spaces such as parks.

As one of the greenest cities in the world, London has taken it one step further this week by becoming the first National Park City. In a nutshell, the aim of the London National Park City is to improve life in London, helping people to enjoy the great outdoors more and make the city greener, healthier and wilder.

Whilst the achievement of receiving National Park City status has been the combined work of a large team of trustees, special advisors and volunteers, a defining feature of the National Park City is also securing the commitment of residents, visitors and decision-makers. It’s vital that everyone in an area, whether a resident or just visiting is engaged in improving it, no matter how large or small their involvement.

We’ve also seen some fantastic initiatives around the country, demonstrating how the built environment and nature can go hand in hand – most recently the campaign by PlantLife that encouraged local councils and highways authorities to plant flowers on UK roadside verges, created an incredible riot of colour and a huge media buzz.

Helping to build on the community element, Fruit-full Communities is a project led by the UK-based charity Learning Through Landscapes, helping young people aged 11 – 24 to gain new skills and confidence through the transformation of green spaces, and inspiring them to become the environmental leaders of tomorrow.

Technology led solutions also have a part to play, such as the City Tree proposed by Green City Solutions – an attractive living wall with inbuilt seating perfect for metropolitan areas that also features a bio-tech filter that improves the surrounding air quality. London architects EcoLogicStudio, in collaboration with University College London and University of Innsbruck also recently unveiled their solution to carbon capture, through the development of algae bio-curtains.

As someone who loves both the countryside and cities, it’s great to see a large-scale initiative such as the London National Park City pick up traction, and hopefully inspire future generations about how to enjoy, protect and create green spaces in their urban environments.

Are you involved in a project or initiative that is helping to develop a more sustainable built environment? Get in touch with fiona.harvey@becg.com to find out how BECG can help you communicate your vision and create spaces where people want to live, work, stay and explore. 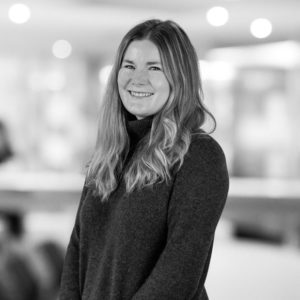