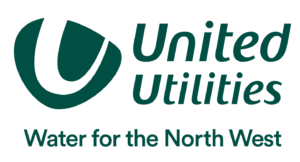 During the colder winter months when unlagged water pipes in the home can freeze or burst, water utility companies receive high volumes of calls from customers seeking advice on what to do.  To address this problem proactively, United Utilities wanted to develop a social media campaign to educate customers that:

a) they are responsible for pipes and plumbing in the home;

b) that there are simple steps that should be taken to avoid frozen pipes – such as lagging them;

c) to make both lagging and customer engagement fun and useful.

The Homemade Heroes campaign positioned the customer as having superhero powers; by taking simple but heroic steps they could prevent their indoor and outdoor pipes freezing and bursting.   The creative assets were key to the digital campaign, so BECG worked closely with members of United Utilities’ social media team to identify a cast that could be the subjects of the campaign and who would help raise awareness among United Utilities’ key customer groups: DIY-ers aged 24-54 years; home buyers; couples about to get married or recently married with new home or with children or planning to have children; and people due to retire or retired who are planning for older age.

Content was delivered across Twitter and Facebook with imagery also used on United Utilities’ homepage banner to raise awareness of the campaign and direct customers to the cold weather advice page on its website.  It was essential to United Utilities that the people featured in the campaign were easy to relate to, so United Utilities reached out to colleagues and were able to source four people of varying ages and gender, who were from United Utilities’ region (the North West of England), to take part in the campaign. Similarly, it was important that customers related to the property featured in the campaign and it had all of the features required to demonstrate to customers how they could safeguard their homes from frozen or burst pipes.  Creating highly engaging written content was as important as the quality of the creative assets, so we set the tone of the content that would be rolled out across all future posts, ensuring they sat in the Homemade Heroes family.

Alongside posting helpful tips on how easy it is to lag pipes, we also looked outside of the world of utilities, plumbing and home maintenance and, where possible, had fun linking the assets to popular culture. This included launching the campaign on Christmas Jumper Day in December with the Homemade Heroes introduced wearing Christmas Jumpers, and a lightsabre themed competition to coincide with the release of Star Wars: Episode IX – The Rise of Skywalker. Other themed days scheduled from January to March included Valentine’s Day, St Patrick’s Day and Mother’s Day.

Promoting the benefits of United Utilities acres of nature