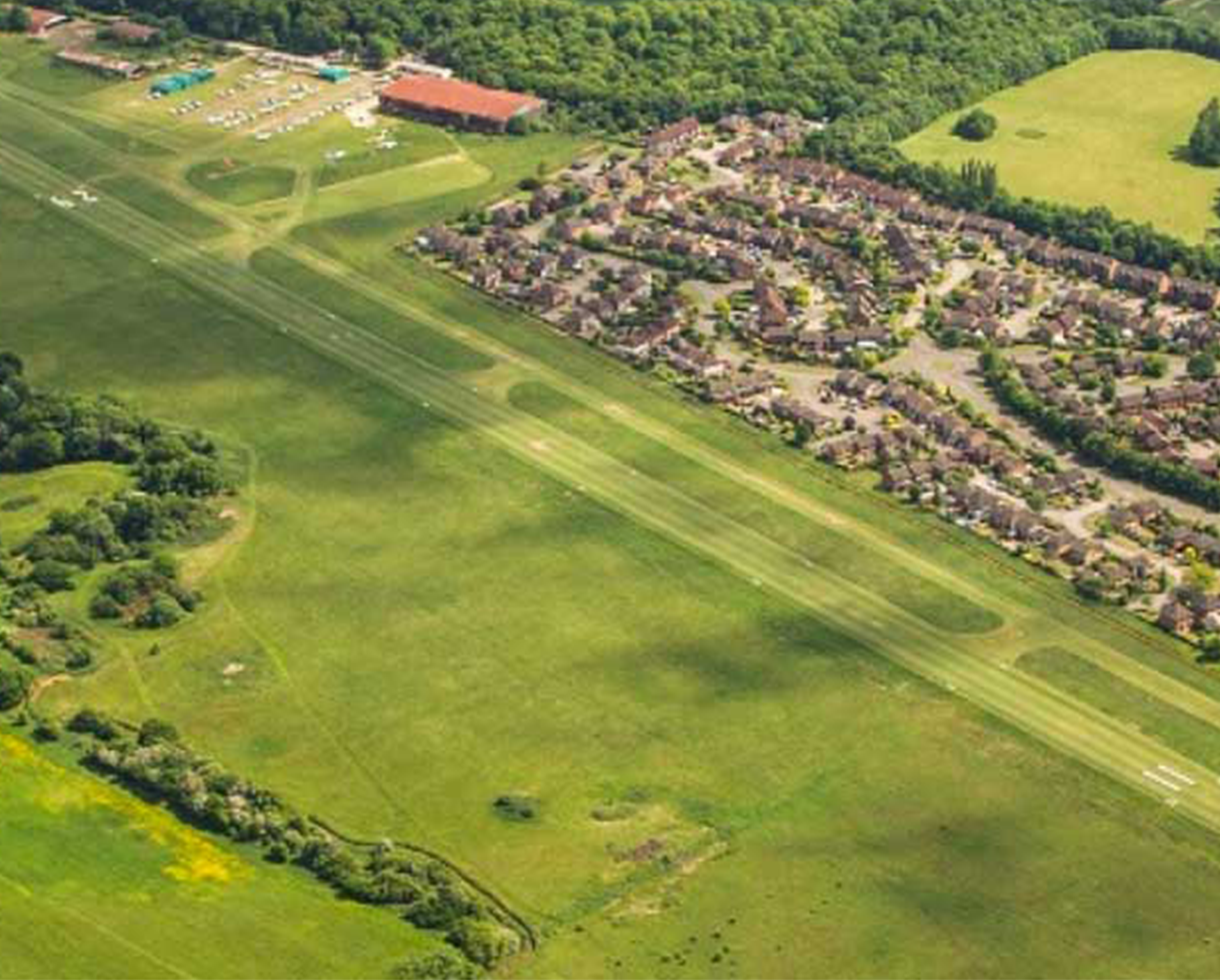 The Welwyn Hatfield draft local plan has been under discussion for over a decade and the land at Panshanger Aerodrome was hotly debated as one of the key sites for housing during most of this period from the first Issues and Options consultation in 2009. The tenant running a temporary aerodrome operation used the extended period of the repeatedly delayed local plan to build local support for the private flying school business as a community asset.  The complexity of the allocation was increased by the fact that the high-profile local Member of Parliament, then co-chair of the Conservative Party, kept his private plane at the airfield.

The land on which the aerodrome operated under a lease had been earmarked for several decades as a reserve housing site and the task on this project was to defend the proposed confirmation of its formal allocation from 2009 onwards.

It was necessary to demonstrate that the elaborate claims made by the licensed aerodrome operator about the support among the community were overstated.

The Local Member of Parliament maintained consistent opposition and worked tirelessly to encourage community groups and rival developers to come forward with plans to retain the airfield, each one promoted in the local press and to the council.

Numerous different, and sometime competing, community groups and business ventures came and went with alternative proposals and business plans. All had the common theme of trying to thwart the allocation of housing on the former airfield.

Our role for over five years was to carefully defend the interests of the landowner and repeatedly re-state the facts of the airfield and the history of decades of phased housing development on the former airfield at Panshanger since the 1980s.

BECG was retained to monitor all local print media, social media and websites to report what was being said locally and to advise on what responses to make or actions to take.

BECG assisted the landowner in ensuring its case was repeatedly made to the council’s planning policy officers and key councillors over many years.

BECG undertook several rounds of community consultation to set out the masterplans for the site. This included showing possible options for re-accommodating a grass runway if the council determined to reduce the housing allocation. These options were rejected by the Council as unfeasible owing to the boundaries of the site.

A near unanimous resolution to grant approval was agreed by Welwyn Hatfield’s planning committee in February 2019. The full planning permission issued in February 2020 following completion of the s.106 agreement.