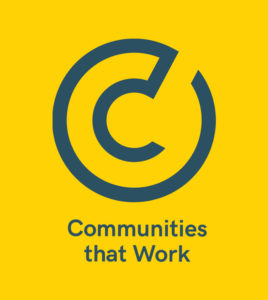 Communities that Work (formerly Give us a Chance) is the national body of social landlords, with over 50 members, who are rising to the challenge of helping people access employment opportunities. Their national campaign  ran from November 2018 to May 2019 with a dedicated national awareness week from 20-24 May. It sought to raise awareness for the work that the social housing sector does to help people access employment.

Through a series of “Communication Summits”, which invited all members to develop a communications strategy around the campaign, we secured the members’ support which helped maximise PR impact, especially during Communities that Work week. To help the members with the PR plans, we developed and distributed a Campaign Toolkit and asked members to:

The campaign’s launch in the House of Lords in November 2018 brought together over 150 MPs, Peers, and social housing sector stakeholders. With keynote speeches from (then) the Minister for Employment, Alok Sharma MP and 24Housing’s editor Mark Lawrence.

We also developed a UK first social media competition in social housing, designed to showcase examples of the sector supporting people into work and tell the human stories of the impact and benefit. The entire social housing sector was invited to enter for free, submitting their entry using #CommunitiesthatWork, and their Twitter handle. We received over 60 submissions which is a great result given that Communities that Work has just over 50 members.

Communities that Work’s social media stats grew as a result of the campaign, including an increase of followers, organic impressions and engagements, compared to the previous year.

“They developed, devised and delivered an ambitious and smart campaign for GUAC, in Communities that Work. They created a clear pathway from our initial campaign goals to activity planning and impact analysis. They understood our brief and even developed it further, stretching our ambition and supporting us to achieve more within the same budget. They created a campaign that was authentic, true to our values and realistically priced. They became a central and trusted campaign resource for GUAC and our members, and they delivered on time and in budget. They’re fast on the uptake, creative, flexible and focussed on delivery.”