The Conservative manifesto finally appeared on Sunday afternoon, following last week’s Liberal Democrat and Labour documents. At 64 pages it is the most concise of the manifestos but despite that it certainly isn’t short of content.

The document is notable for its range of pledges from multi-billion pound big ticket items to surprisingly micro pledges – such as mandating all new streets to be pleasantly tree lined in the future.

Also surprising is the sheer scale of some of the funding commitments, with the Conservatives having relaxed their own fiscal rules to provide some headroom for public expenditure to rise.  We now have three versions of big spenders all vying for power – all offering to splash hundreds of billions around in infrastructure investment.

Notable is the newfound interest in ‘superbuses’ and spending on rail, matters normally relegated to footnotes in a Conservative Party manifesto. This time, regional rail investment in the Midlands, the North, East Anglia and the South West, along with an eye-catching commitment to re-open some of the long ago axed Beeching branch lines to left behind towns, receive major billing. These areas all sound like the key target areas for attracting Leave voters who would not otherwise traditionally vote Conservative. However, far more hard cash is still earmarked for roads – almost £29 billion – so some priorities never change, regardless of environmental or electoral considerations.

In respect of planning policy and housing matters, there is a brownfield-first pledge reflecting the recent speeches of the current housing minister and a further push on design issues, a hobby horse of the current Secretary of State. 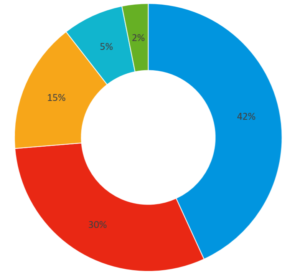 New 50 Shades of Planning Podcast - Episode 9: How to plan strategically without strategic planning