TV debates, manifestos and fresh concerns about tower block cladding have prominently featured in a jam-packed week on the campaign trail.

Both Labour and the Liberal Democrats have released their manifestos. And what were the main flavours of both manifestos? Ambitious green targets supported by technological innovation and huge affordable housing pledges.

But where is the Conservative manifesto? Details are being leaked at this moment, although the actual manifesto is expected to be released during the weekend. Stay tuned.

Meanwhile, the debate around cladding has erupted once again, following the shocking events in Bolton, with a block of student apartments catching fire.

As usual, we’re breaking down all the latest news and announcements, so that you understand the context and the impact.

Follow us, as we jump into the latest bulletin.

The Labour manifesto – what you need to know

The Labour Party has released their manifesto, with detailed pledges relating to housing, planning, regeneration, energy and infrastructure:

A day ahead of Labour, on Wednesday the Liberal Democrats released their manifesto, with some eye-catching pledges relating to housing, energy and infrastructure.

The story: In advance of their manifesto launch this weekend, the Conservatives have pledged to deliver at least a million homes in the next five years and hit a target of 300,000 new homes a year by the mid-2020s. They are also focussing on the private rental sector, including introducing lifetime rental deposits that can be transferred from one rental property to another and banning no fault evictions.

Their other focus is on first-time buyers with two big new schemes. The first is to introduce a new market in long-term fixed rate mortgages with only 5% deposit aimed at helping renters to buy their first home. The second pledge is the First Home Scheme to provide a 30% discount for local first-time buyers.

Agenda: The Conservatives have their eyes on the growing group of people in their 30s in affluent towns and suburbs who are increasingly unable to buy their own home. The Conservatives hope that in the long term, increasing the amount of people who own their own homes will ensure they have a greater stake in the financial stability of the nation. It is likely that they view this in the same way as the Margaret Thatcher Government did with Right to Buy.

Impact: A focus on increasing the supply of housing is at the forefront of both Conservative and Labour’s programme for government which is good news for the built environment sector. We will have to wait for their manifesto to see how they intend to pay for all this.

Whether they will be able to deliver their ambitious plan without further reform of planning and using the education and immigration systems to bring more people into the sector is still to be seen.

Cladding under the spotlight once again

The Story: Fire safety and cladding is back on the agenda after the devastating fire that ripped through student apartments in Bolton last Friday. It has been reported that the building was clad in high-pressure laminate (HPL). This is different from the aluminium composite materials used for cladding on Grenfell Tower. The government has now been accused of ‘downplaying the fire risk’ from this type of cladding. Labour’s shadow housing secretary John Healey accused ministers of refusing to act to ensure other types of cladding were checked beyond the type used on Grenfell. Calls are now being made to check HPL cladding on buildings, which according to the Fire Brigades Union is “more widespread” than the material found on Grenfell Tower.

Agenda: The use of cladding has been increasingly popular over the past decade and more. The potential risks posed by HPL and other types of cladding demonstrate the ongoing complexity of this issue more than two years after the Grenfell tragedy, and the relevance to private sector housing. Labour has already been highly critical of the government’s response to the Grenfell fire, so expect this to intensify during this election campaign.

Impact: Although Labour is keen to maintain the pressure on this issue, building safety is a priority for all the main parties. The government is expected to complete its test of HPL in March 2020. No matter the outcome of the general election, the conclusions will determine the next steps, which may mean all buildings using this material have to be stripped. And if that is the outcome, it could come at great cost to both public and private sector. 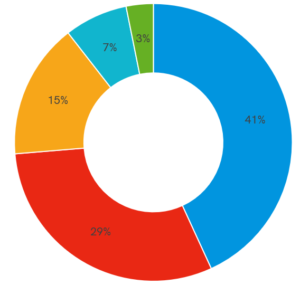 How are you tackling road safety in your area?