It’s been a week full of accusations, leaks and some surprise big-ticket pledges from both Conservative and Labour Parties. Welcome to week two of our General Election Bulletin.

Boris announces three revolutions in one

The Story: Innovation, Skills and a Green future; those were the three revolutions pledged by Boris Johnson this week. Let’s zoom in with our built-environment-tinted spectacles.

Agenda: Last week, Labour announced its Green Industrial Revolution and followed up this week with a pledge to install solar power hubs in 2,000 public spaces such as libraries, community centres and one-stop shops. Not to be left out, the Liberal Democrats unveiled some eye-catching climate change policies as well, with Ed Davey promising additional electrification of rail services. The green revolution is the Conservatives’ response.

Impact: The Conservative commitments signal a vote of confidence in offshore wind power and faith in new carbon capture and nuclear fusion technologies. The Conservatives however continue to soft-pedal on solar. The Conservatives realise that green technology offers an opportunity to make the UK a global leader in green energy. Amidst some concern about the lack of skilled workers post-Brexit, the pledge to attach UK apprentices to infrastructure projects could be a problem if contractors struggle to attract talent, especially if EU skilled workers choose to exit the UK.

The Story: In a major announcement on Friday, Jeremy Corbyn said that Labour would deliver fast and free full fibre broadband for all by bringing parts of BT into public ownership and creating a new British Broadband public service. The plan will be paid for through Labour’s Green Transformation fund and taxing multinational corporations such as Amazon, Facebook and Google. According to Labour’s figures, only 8-10 per cent of premises in the UK are connected to full fibre broadband, compared to 97 per cent in Japan and 98 per cent in South Korea.

Agenda: Labour has exploited a long running market failure where BT and Openreach have been able to control the roll-out of the majority of fibre to homes across the country. The irony is that the very problem dates from the historic monopoly caused by BT originally being in public ownership.

Impact: This is one of the first big ticket retail announcements of the campaign that is genuinely new and aims to reach a key target audience for Labour, demonstrating how its nationalisation agenda could deliver change for the tech-savvy in a way that bringing water back into public ownership does not. However, some might be sceptical about the projected cost, and how the state would and could regulate broadband and control the flow of information.

The Story: Fracking was back in the news again this week when Labour’s Shadow Secretary of State for Energy, Rebecca Long-Bailey, accused the Conservatives of facing both ways on the issue. This is quite something for an issue, especially when no oil or gas has yet flowed. The attack came after the government belatedly published its response to a 2018 consultation regarding the granting of permitted development rights for the initial stages of exploratory drilling, but specifically not hydraulic fracturing.

The attack from Labour was thus a little disingenuous. Why? Because the government’s recent moratorium announcement applies to hydraulic fracturing, not the conventional exploration process of drilling a well which can continue.

Agenda: The Conservatives are targeting Labour leave-voting northern heartlands at this General Election and fracking is a major issue in parts of north-west England. Labour will attempt to pick holes in the Conservative’s record on this issue wherever possible.

Impact: The Conservatives have already responded, clarifying that the moratorium applies to hydraulic fracturing, adding that the government had previously decided not to float the introduction of permitted development rights for fracking activity, as stated in the document. For now, the energy sector should expect the knock-about between parties on this issue to continue, although Labour are likely to announce a complete ban in their manifesto.

The Story: The recommendation from the hotly anticipated Oakervee Review on the future of the High Speed 2 rail project has been leaked. The verdict? That the project should go ahead in full but concern that too much of the financial risk is being borne by the government rather than sharing the burden with the contractors being paid to deliver the work. One option is the possibility of re-procuring for best value. Given we are now in Purdah, don’t expect to see the full report until the election is over.

Agenda: This independent review, launched by Transport Secretary Grant Shapps was not expected to be published until after the election. However, a leaked version has found its way to newspapers, which now inevitably makes it a hot topic for debate on the campaign trail.

Impact: The recommendations are now out. So, how have the political parties reacted? The project has few friends within the Conservative Party. However, it has been reported that Boris Johnson hasn’t made his mind up on what he calls an “incredibly expensive” project. Will this leaked document force his hand before the manifestos are published? It’s risky either way. If in favour of the project, he risks upsetting the Conservative Party’s Buckinghamshire and Northamptonshire heartlands before the General Election; if against the project, he risks upsetting voters in the Midlands and Northern England, whose votes hold the key to victory. The project is backed by Labour and Lib Dems, who labelled the Conservatives’ indecision as a “failure for the North”, although North London Labour objections (particularly in Camden) could yet scupper the London end of the scheme if Labour come to power.

On Friday, the Conservatives added more money to their new-found drive to rejuvenate the north.  A staggering half a billion pounds has been plucked from the magic money tree to reopen stations and branch lines cut by Dr Beeching’s British Rail in the 1960s.

The Conservatives have also promised to support live music venues on the high street as part of a commitment to give up to half a million high street businesses rates relief worth an average of £1,400.  The Prime Minister pledged that with this funding “we will be able to save our high streets, keep pubs and post offices open.”


From the campaign trail…

Local government continues to demonstrate its status as the training ground for today’s generation of MPs as the latest nomination news reaches us. In one contest on the south coast, all the candidates are currently leading their political groups on the City Council, leading to some obvious scope for even more political knockabout in the Council Chamber over
the next month. And in South-West London, Cabinet Members from one flagship Conservative council are putting their hats in the ring for local seats… 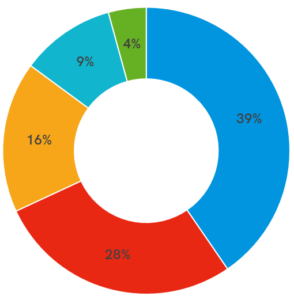