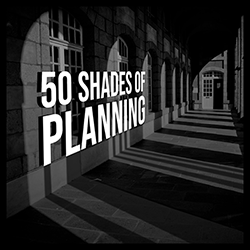 New 50 Shades of Planning Podcast – A conversation with Clive Betts

Death, taxes and reform are the three certainties that accompany planners along life’s endless cycleway. Insofar as the latter is concerned, this is one of the more turbulent periods.

“Radical reform unlike anything we have seen since the Second World War”, wrote the Prime Minister in his foreword to ‘Planning for the future’. “Not more fiddling around the edges, not simply painting over the damp patches, but levelling the foundations and building, from the ground up, a whole new planning system for England.”

And since? Well there has not been a dicky bird from the Government, which is perhaps still wading through the 44,000 submissions to the consultation, and the debate, such that one can have a debate about a Planning Bill that has not been written yet, seems to have been captured by those who do not like whatever might be in it.

What then to make of the Housing, Communities and Local Government (HCLG) Select Committee’s report on the future of the planning system, which concluded with concerns about “the lack of detail, which has made it very difficult to assess the possible practical implications. The Government should consult on the details of proposed reforms to prevent unintended consequences and harms resulting from them”.