Malthouse on a mission

This month BECG held a Breakfast Roundtable event with Kit Malthouse, Minister of State for Housing, and 20 chief executives and senior directors from across the housebuilding sector.

The housebuilding sector is getting used to the revolving door of short-lived ministers, often to the frustration of an industry crying out for meaningful political commitment to address the housing crisis.

Since his appointment in July 2018 Kit Malthouse has proven himself to be a man with a mission, bringing some welcome energy and vision to one of the most difficult briefs in government. If tackling the housing agenda was not challenging enough, he has been influential in the Tory party where his ‘Malthouse Compromise’ has helped shape the Brexit debate and may yet help forge an unlikely consensus between Brexiteers and Remainers.

With a determination to deliver 300,000 homes per year by the mid-2020s and an apparent desire to be bolder on funding, infrastructure, and planning policy to secure it, Malthouse is a minister on a mission.

BECG’s Roundtable gave Malthouse an opportunity to share his vision with industry leaders and set out how he intends to make what he describes as the “quantum leap” to 300,000 homes:

In Malthouse’s view, there is insufficient competition in the housing market. “We haven’t got a big, vigorous market of house-builders competing on product, design, tenure, even competing on price, frankly”. He noted that the industry has “agglomerated into three large players” with “not a lot in between”, Malthouse explained that it was his ambition to see the development of a “big, vigorous market” and to see the emergence of new, specialised companies to deliver the niche housing products of the future. The Government, he explained, has begun to put money behind supporting SME housebuilders and new breeds of developers, to disrupt the market by helping new players to access land and get them building. “We’re looking for that, talent, and entrepreneurialism and doing what we can to stimulate it.” To help encourage this, the Minister indicated his willingness to consider empowering councils to direct the sort of specialised homes they want to see in their local area.

The Minister commented that lack of technological innovation is holding back housing delivery. Noting that “we haven’t really changed the way we build homes for 150 years”, Malthouse outlined that the Government has taken action to “disrupt the way we build houses.” He welcomed the emergence of new methods of building and recent innovations in the housebuilding sector, from modular building to the introduction of new methods of technology in manufacture, such as robot brick-layers, push-fit plumbing, which will help us meet the productivity challenges we face.

Commenting that patterns of tenures remain “all a bit binary – ownership, renting” he commented that there are “lots more we can do around shared ownership” such as different models emerging around affordable homes. Mentioning Woking Council’s model of social renting that allows people to accumulate capital as they go, he said that there is “lots of room there for government to assist and push new models of, of occupation.” Calling for Councils to “build this new generation of council homes,” he hopes that “amongst private, semi-private, and public – we hope that there will be a lot of cross-fertilisation and partnership-working. Because there’s a differential there in terms of balance-sheet capacity. Capability, entrepreneurialism, access to land, all of that needs to come together in the mix as the industry starts to cross-fertilise and to move towards, greater volumes.” He praised the growing build-to-rent sector, commenting that we now have 130,000 build-to-rent units coming out of the ground or built. “This is a good thing for the private-rented market where standards, frankly, are low and where an institutional approach to that market will help to raise the standard of private-rented accommodation.”

Malthouse made clear that “critical to all of that though is that we get we get the planning system right.” His ambition for the relationship between the development community and the local authority community to transition from one of antagonism to one of collaboration. He argued that his department’s position is that while local authorities should be able to “run the table on planning”, in exchange civic leaders should plan their areas responsibly by moving to a system of generous 15-year land supplies. In doing so, he argued, local authority leaders will be able to see the delivery of housing and infrastructure long into the future, while the level of gamble and financial risk for the housebuilding industry will be reduced.

In response to questions, Malthouse accepted that workload and capacity in planning departments across the country are long-standing issues holding back the delivery of new homes. Citing the lack of incentives for talented planners to stay in public service, he recognised the importance of make the job more ‘responsible’ and ‘executive’.

Willing to engage on practical solutions, Malthouse confirmed that the government is considering action to encourage partnerships between councils, such as sharing senior planners and new schemes to attract new talent to town planning as a career. This includes actively considering the creation of new teams of senior planners, perhaps at regional level, which could helicopter round the country to deliver planning capacity at local level as and when required, such as where an authority is handling complex applications like Garden Villages.

The Importance of Design

Malthouse has a long-standing interest in design, having cut his teeth as a Westminster City councillor with the community opposition to Richard Roger’s plans for Chelsea barracks. He sees making real progress on housing design, as a key element in building support and acceptance for the need for new homes. He explained that too many people feel like “victims of the planning system and of the development community” in part because they fear new housing development will “spoil their area.”

Malthouse highlighted that in recent surveys conducted by MHCLG, 60% of people indicated that they would not buy a new home. Exhorting housebuilders to build more beautiful, he sees these figures as illustrating a clear problem: that “most people don’t want the product” and “this is not a productive formula to get us to 300,000”.

A strong supporter of Neighbourhood Planning as a means of giving local communities control over their development future, he is clear that local consent, cannot be secured without major efforts by the housebuilding industry to raise the standard of housing design. Challenging the housebuilders to collaborate with councillors and communities to “build the conservation areas of the future”, he pressed the industry to “build lovely stuff”: to build housing “that people like, that they welcome, and that they recognise as beautiful and in-fitting with their community – [and] that recognises the vernacular.”

When questioned on what the Government is doing to ensure skilled foreign construction workers will still be able to work here post-Brexit, Malthouse commented that “we want an immigration system that both allows us to have a sense of control about who’s coming into the country, but also provide the capacity that our industry needs, whether that’s skilled or unskilled. There’s no more important mission for us than building these 300,000 homes a year, so we’ll be talking to the industry over the months and years to come about who and what skills they need to come from abroad to help us hit that target.”

“At the same time, however, we do want them to commit to more domestic apprenticeships and more training for people in this country to participate in the industry and embrace productivity tools like new technology, modular building, that will enable us to build More Better Faster homes.”

So, Malthouse might well be the 8th housing Minister in eight years, but there is no doubt he is engaging, open, informed and genuinely committed to tackling his brief with imagination and enthusiasm. Should the Conservatives hold on in Government, given his talent and rising profile, he will be a likely candidate for promotion to other roles. So, whilst his mission is clear, it remains to be seen how much can be accomplished at a time when UK Government is convulsed by all things Brexit and the macro-economic context for housing delivery remains so uncertain.

Greater Manchester Spatial Framework: When is a target not a target? 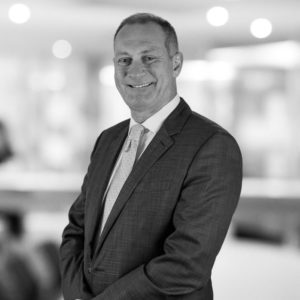