Local elections in the east and south: the debrief

Nearly 72 hours after the polls closed, the last votes from England’s local elections were finally counted on Sunday evening (with Croydon picking up the dubious honour of last to declare).

With all the results now in, we’ve looked at what they mean for each of the main parties across East Anglia and the south of England.

The Lib Dems are undoubtedly the biggest winners from this year’s local elections, as they increased their hold on a swathe of councils north of London and made impressive gains elsewhere. In St Albans, where boundary changes resulted in an all-out election, the Lib Dems gained an impressive 20 seats, completing wiping out the Labour representation on the Council (previously three seats) and leaving the Conservatives with just four councillors (down from 22). A similar result, albeit on a smaller scale, was seen in South Cambridgeshire.

The real jewel in the Lib Dems’ crown from this year’s local elections though is undoubtedly in Somerset, where the party took control of the new unitary authority there. In the process, they more than doubled their number of seats.

Lib Dem gains were generally at the expense of the Tories, with the Conservatives receiving a real drubbing from voters across the east and south. Whilst the worst losses will have been felt in London (more analysis from the BECG team on the results in the capital is available here), losing councils such as West Oxfordshire, Wokingham and Tunbridge Wells to no overall control will be uncomfortable.

More painful still will be the loss of Southampton to Labour and Gosport to the Lib Dems. Both councils are represented at least in part by a Conservative MP, meaning that the general election contests in these constituencies will certainly be ones to watch.

Whilst Labour generally performed worse outside of London than it did inside the M25, there are some wins to be celebrated here. The victory in Southampton, along with taking both Worthing and Crawley out from no overall control, will provide a much-needed boost to the party.

However, in many contests across the east and south Labour’s performance was quite muted, with modest gains in some areas subsequently cancelled out by small losses elsewhere. Although the Conservatives undeniably suffered the most at the hands of the Lib Dems, it’s worth recognising that in places where the Lib Dems did well, Labour generally struggled. Across the country, Labour ultimately needs to perform better still if they are to come out of the next general election as the biggest party.

Whilst there was no sign of a repeat performance in terms of the record success that independent candidates enjoyed at the 2019 local elections, it is worth highlighting where they continue to do well. Castle Point is one such area, with independent and local issue party candidates finally succeeding in pushing the Council into no overall control, ending nearly two decades of almost uninterrupted Conservative leadership here. 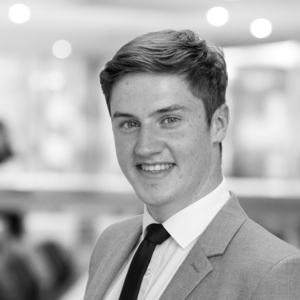