How did we end up here?

It is no coincidence that in the week that, yet another article is written decrying why we do not build beautiful places anymore, the Government tabled amendments to the Building Safety Bill introducing the most draconian powers seen in planning, allowing the Secretary of State to revoke planning permission/or refuse Building Regulations sign off in response to the developer’s unrelated perceived misdeeds elsewhere. Yes, some developers and landlords have behaved appallingly in the cladding crisis, but it is not black and white, and nothing justifies such a power.

But why don’t we build beautiful places? Without debating beauty, it is helpful to understand the context within which development now takes place. The beautiful places and buildings that are most beloved were built in eras of fewer policies, regulations, levies and taxes. Of course development must pay its way and it would be nice to extract more from landowners (a subject for another time) but the increasing demands, complexity and cost of development is not helping the quest for beauty.

Take a typical site in London which will have an existing use, often industrial or quasi industrial. The starting point for policy is now industrial re-provision, regardless of what was there, site accessibility and the local market. Of course we need new industrial space for micro-breweries or to feed our critical desire for 15 minute deliveries (another subject for another time), but just because a site notionally had industrial uses once, does not make it suitable now. Many industrial sites pre-dated their neighbours, and are now surrounded by residents, also known as voters.

So, the starting point is new industrial floorspace, and we know that 35%-50% affordable housing will be required. The development will also have to achieve net zero, likely through a substantial carbon offset payment, be air quality neutral or positive and achieve urban greening. All laudable policies, but all come at a cost and can be challenging to achieve together – there is only so much roof space.

There will then be the CIL payments to the borough and Mayor, and S106 requirements (which were never really scaled back) and possibly some on-site infrastructure provision. The cost of all this will be borne by however many private homes can be accommodated on the site. And there’s the rub. The net effect of all of this is to inflate the scale of development to pay for all the policies, aspirations and benefits. This is policy not developer-driven, and that policy is not on design.

The chances are now that this site will be in a part of London that has not previously seen much development and what is proposed will be a gear-change from what is there – especially height. So, of course, the local community will be up in arms and will mount a campaign (Stop the Towers). And, if it is in an election period like now, I wouldn’t fancy your chances. Like films, election periods are far longer than they used to be – now taking up almost a year of a four year cycle. Even past the election, in such politically precarious and sensitive times, the path to permission is more fraught than it has ever been.

This is the culmination of local authority funding cut to the bone which means development is an important source of funds for what used to be covered by the Government, a planning policy environment where you can ‘have it all’ and so keep ladling on the asks, and a society where trust in the establishment has diminished and community campaigns, aided by social media, focus on politicians who do not have the majorities or tenures they once did. No one ever liked developers and even though most are a far cry from those of old who built and ran, they are easy targets for Ministers shouting ‘developers must pay’ and demanding money with menaces.

I am not surprised that people continue to bemoan development, but until we have a grown-up conversation about why we are where we are, we will not stand a chance of finding a way to build the homes (of all tenures) that we so desperately need, deliver environmental and public realm improvements, and regenerate in a meaningful way that local people can really benefit from. I don’t see draconian threats of revoking planning permissions helping the debate. 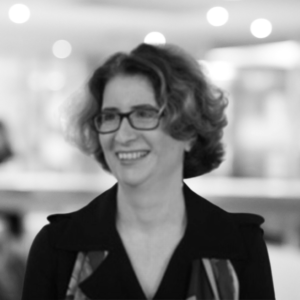