What does it all mean? You switch on your television, read a newspaper, even surf your social media channels, and what do you see? Endless General Election announcements, gossip, polls and controversy and feuds.

Amidst the intrigue, spin and battles – we will be providing the bottom line. The meaning and the implications for you as a professional working in the Built Environment sector.

During a housing crisis and extensive climate change debate, expect our sector to be at the forefront of national debate as the Election looms.

Welcome to the BECG weekly General Election Built Environment Insight Bulletin, which will bring you all the key news you need to know about this election.

Manifesto for the North

As part of a five-point manifesto there are policies calling for:

Agenda: The Northern Powerhouse has been a major initiative of the current government since the days of George Osborne when he was both Chancellor of the Exchequer and an MP in the region. These issues were all discussed at BECG’s Place North West Question Time event held last week in Manchester. See this short video for a summary of what was said.

Impact: The region is now seizing the opportunities provided to raise the profile of the case for infrastructure investment across the region in a way that it struggled to in the past.  Expect to hear more whichever party wins the election.

The Story: On Thursday morning Chancellor Sajid Javid and Shadow Chancellor John McDonnell both unveiled their respective plans for funding long term investment in infrastructure and headed to the north-west of England to set out their stalls.

Agenda: Both parties are going to be announcing increases in government spending, particularly for investment, but at vastly differential levels. The Conservatives are looking at tens of billions whereas Labour would be releasing the taps a great deal more, spending hundreds of billions over the course of the next parliament.

Impact: Increased levels of investment, particularly in housing and infrastructure is good news for our sector. However, it is questionable whether either party will be able to deliver on their pledges when the economic outlook is so unpredictable and with Brexit-related uncertainty likely to continue for some time.

Agenda: Climate change is a major topic as housing contributes 14% to the UK’s greenhouse gas emissions. Reducing emissions from homes is also a priority for the Conservatives, who recently unveiled plans to cut 80% of emissions from new homes from 2025.

Impact: The Institute of Economic Affairs (IEA) claim these new standards could mean homes becoming unaffordable and developers cutting back from building new homes. According to the IEA the Warm Homes programme would come with considerable cost, and it is unclear if the government, landlords and homeowners could afford this. If achieved, it would be good news for our climate and create hundreds of thousands of new jobs in the UK’s green energy sector.

The Story: The Housing Secretary, Robert Jenrick has announced five new infrastructure projects, worth more than £374million to unlock new homes. The money will go towards roads, schools, public transport and utilities. The recent announcement will see the money contributing five schemes in Swindon, Wiltshire, Cornwall, North Somerset and Medway, all places with marginal seats.

Agenda: With an ambitious housing target, the Conservative government will look to show it can deliver the number of homes needed, and this announcement will further help its credentials, with the housing crisis set to be a big topic at this Election.

Impact: This is positive news and the money provided is part of the government’s Housing Infrastructure Fund, which has already delivered over £3billion of funding.

Agenda:  The Lib Dem Leader Jo Swinson is keen to present the party’s campaign as about more than just stop Brexit.  The environment is a key area for the Lib Dems and the commitments will resonate with its traditional base, many of who moved away from the party owing to discomfort with the Conservative Lib Dem coalition government.

Impact: The pledges reflect the commitments that Lib Dem run councils are now making as part of the Climate Change emergency agenda and go further than the commitments of the two main parties.

The Story: In the final days before the dissolution of Parliament, the government announced that it has ended support for fracking. Business Secretary Andrea Leadsom said: “I have concluded that we should put a moratorium on fracking in England with immediate effect.” The freeze will continue “unless and until further evidence is provided that it can be carried out safely.” What’s more, the mooted introduction of Permitted Development rights for the exploration stage has also been quietly dropped.

Agenda: The topic of fracking is controversial, and campaigners are critical of its environmental impact and claim it causes earthquakes. The announcement came after a report by the Oil and Gas Authority found that it is impossible to accurately predict the probability or magnitude of earthquakes linked to fracking operations.

Impact: It’s uncertain when the suspension will be lifted; already shares in the UK’s shale exploration companies have plummeted, suggesting an uncertain future for the industry. Energy Secretary, Kwasi Kwarteng had signalled that gas will continue to have a key role as the government looks to eliminate the UK’s contribution to climate change by 2050, however, it will be supplied from sources other than domestic shale gas.

From the campaign trail…

There are some familiar names who have thrown their hat into the ring for the election: 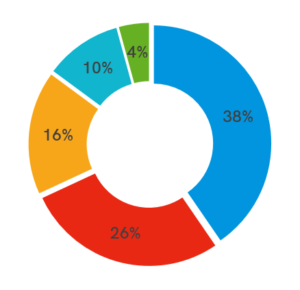 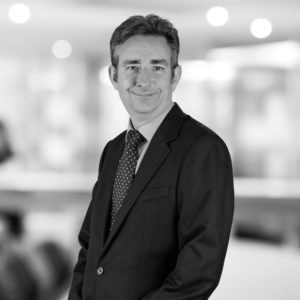