“We need more ambition; we need to be transformative” that was the view of Stuart Baker from the Solent Local Enterprise Partnership at Business South’s Transport and Infrastructure Forum. Chaired by BECG’s Jamie Gordon, figureheads from across the Built Environment sector gathered together on Wednesday 24th April to discuss and share ideas to improve connectivity across the central south region.

The future competitiveness of the south depends on improving the transport and infrastructure across the region, and it is very clear we are falling short when compared with the north of England; with Transport for the North setting a clear benchmark to strive for.

John Henderson, Route Sponsor for Highways England, opened the discussion by providing a positive and forward-thinking update, where he called on the private and public sectors to be more ‘fundamental’ about planning our spaces, especially in the context of producing local plans. It was clear that the need for placing new developments in sustainable and well-connected locations is of vital importance.

It was encouraging to hear how Highways England has been learning from innovation across the country, ensuring that the south is benefiting – with investments in smart motorways and new technologies underway, many in the room paid testament to decreasing air pollution and reducing congestion on the M27. Albeit, there were the usual complaints during the table discussions around pot holes, general road maintenance and reducing traffic on link roads.

Southampton Airport Managing Director, Neil Garwood, presented the future of the airport over the next 25 years, focusing on its sustainability agenda.  With a determination to deliver in excess of 1,500 jobs and contribute £400m to the economy per annum by 2037, the Airport is clearly a key component of Hampshire’s transport infrastructure. It’s apparent that without the associated investment in the wider road and rail network, the Airport growth simply won’t be achieved, and with representatives from both South Western Railway and Highways England in the room, the tone was very much one of collaboration.

An update on Solent Local Enterprise Partnership’s ‘Local Industrial Strategy’ nicely wrapped up discussions, looking ahead at the region’s potential to be a world-renowned economic cluster by 2050. The LEP is clearly working hard to champion increased investment in infrastructure across the region, and took the opportunity to call upon both the private and public sector to be more joined up across the region’s various local authorities

Having spoken with our clients who are involved in major infrastructure projects across the region – whether they be the developers themselves or those either triggering or relying on their development, such as Garden Villages  –  focusing stakeholders’ attention around collaboration and innovative ways of working together to help overcome barriers is paramount.

As a trusted expert in the built environment, BECG is working on new infrastructure projects around the UK to provide insight-led and integrated communications campaigns, helping our clients deliver a dynamic and globally-connected country fit for the twenty-first century.

Subscribe to BECG to receive exclusive invites to future roundtables. 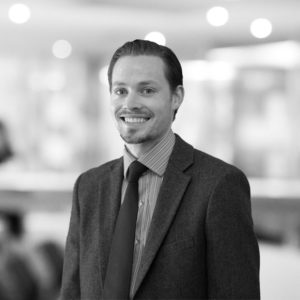