A rocky road ahead for housebuilding’s reputation

As a nation we’re a skeptical bunch. Back in July 2019, Grosvenor released a revelatory report on trust in large-scale development in the UK. It found that just 2% of the public trust developers, and a nominal improvement of 7% trust local authorities. It’s not just builders and councils of which the public are wary. Among the public, belief in the notion that ‘most people can be trusted’, has sat around 40% for many years.

Housebuilding and development have faced an onslaught of reputational challenges in recent years, that cast a shadow on those intent on delivering quality alongside social value, underpinned by genuine intention to improve quality of life. As a nation that places high social and economic value on home ownership, housing industry news is not limited to our trade publications and national newspaper supplements. All too often property matters are front page news – with ‘scandal’ appearing in the headlines with an uncomfortable frequency.

Complex debates take their turn in the spotlight – on leasehold reform, cladding and EWS1 forms, service charge hikes, building insurance sky rocketing, consent for too many homes or not enough affordable homes, ‘poor doors’ and ground rents… Each as complex as the last and with no simple solution on offer.

A friend in the industry often tries to convince me that the negativity is of little relevance. After all, housing is a commodity in high demand. Firmly, reflection on trust and reputation is not to be dismissed, it’s a commercial imperative. Your business is on a global stage, its four walls made of glass thanks to social media, press interest, and online reviews. We saw recently how the snowball can grow in the wake of one industry employee posting racist comments after the England World Cup loss – the court of public opinion soon rallied to interrogate the company’s diversity claims and actions.

Tarnished, or even ‘smudged’ reputations bring unwelcome risk to planning applications, funding and bids, sales leads, and talent retention within organisations themselves, as staff are reassessing their priorities to align their personal brand with an employer known for ‘doing the right thing’. Retail guru Mary Portas refers to ‘the kindness economy’ – in short, consumers of today don’t want to just buy from brands, they want buy into them. Consumers are voting with their wallets: they are acting more considered commercially, with social progress in mind. The Government’s own mantra of ‘building back better’ taps into this mindset.

New research, launched today by our Building Safety Unit here at BECG found that confidence in new build housing has dropped significantly as a result of the cladding controversy. Nearly half of British adults (49%) reported that the issue of cladding in the wake of the Grenfell fire has affected public confidence in new build housing. Further still, the research (polling by YouGov) found that people are more likely to buy from a developer who takes proactive steps to fix fire safety issues and defects. 68% of adults are more likely to buy a new build apartment where the building’s developer has taken steps to proactively fix fire safety defects in other buildings.

So, how do we move forward? A few simple rules to keep close to hand:

It can take years to build a strong and healthy reputation, but it can be lost in a day (or even, a Tweet). Neglect to protect and build at your peril. As reputations take a dive, the issue management teams are parachuted in at high cost to mitigate the impact of protests, smear campaigns, social media trolling – all of which lead to reputational scarring with your stakeholders, whether they be political, consumer, or staff.

The BECG team is attending CIH Housing Conference this week. Drop by our stand to find out more about how we can help you navigate modern day reputation management. Our research report, launched today, “Fire and building safety: What next for developers?” 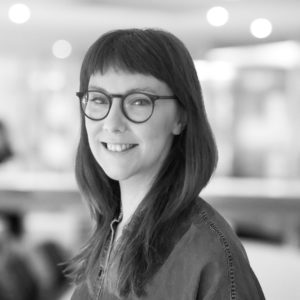